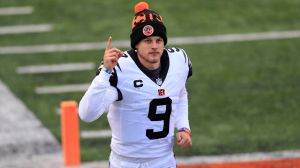 We have arrived at the halfway point of the NFL season. Here’s a brief rundown of who are contenders, outsiders and are planning for next season.

They have the likely MVP right now in QB Russell Wilson. While their defense isn’t playing great, once Jamal Adams returns healthy they should get a boost. All signs point to them winning the toughest division in football.

There isn’t a consensus yet, but one thing is for certain. QB Kyler Murray is a game changer. Without him this team is no where near .500.

The defense is not playing at an average level lately, but QB Aaron Rodgers is in a rhythm right now with a healthy WR Davante Adams.

Everything is going right for them. QB Tom Brady doesn’t show any signs of his age and is beginning to utilize all of his arsenal on offense. The defense is quickly becoming a solid group.

No question they need WR Michael Thomas to contend going forward, but it was nice to see the Saints continue to win games without him. This proves that QB Drew Brees can still lead them without a legitimate number one target.

Their latest victory against New England gives them the momentum they need to take control of the AFC East and beyond.

With them being in a current slump, that doesn’t take away from what their offense has been doing this season. If the defense can get back up to speed, they’ll still be playing in January.

Their defense is playing at an elite level right now. With QB Philip Rivers beginning to play to expectations, this team is in position for a playoff spot.

Clearly they are the best team in the league right now. I don’t expect them to remain undefeated, but they have a very easy path to clinch that top seed.

There are flaws beginning to show in the offense once again when they go against a better defense. With that they can still score points in a hurry and that counts for something.

Until they are defeated in the playoffs, they are still the favorites to repeat as Super Bowl champions.

This is a good time for them to prove that they are a legitimate playoff team. The defense is underrated and the offense has a nice balanced attack.

I’m on the fence about them here. While once RB Nick Chubb returns will be a big boost for them, I don’t like how QB Baker Mayfield is shaping up this season.

Based off of what I’m seeing right now, they deserve to be here. While the jury is still out on QB Tua Tagovailoa, it has sparked some interest in a franchise that hasn’t been relevant for quite some time.

Lets face it, the offense is terrible. Whatever magic head coach Matt Nagy had disappeared after that ‘double doink’ field goal miss in the playoffs a couple years ago. His only saving grace is their defense right now.

I only have them here because they currently lead the NFC East. The division is awful and it could change by seasons end who is on top.

They are another flawed team. They have the talent to be a contender, but if they can’t establish the run to avoid QB Jared Goff throwing the ball more than 35 times. Then they are doomed for failure.

Start Planning For Next Year

If not for the endless amounts of injuries they would be a peg higher. Their depth took them as far as it could go.

While there is optimism playing in a terrible division, there’s no point in getting your hopes up.

I think that moniker of being called ‘America’s Team’ can stop now.

Don’t try to think you can get past Chicago or Green Bay. I’m amazed you’re ahead of Minnesota right now.

I didn’t expect them to be here. I probably should have with the way the defense has been playing all year long.

I’m expecting good things to come next year. The defense needs a few more pieces, but otherwise they are playing above expectations. The offense has a lot of weapons to work with.

If they don’t clean house in the offseason with this roster I won’t be shocked. Their owner Arthur Blank is loyal to a fault.

Clearly the experiment with QB Cam Newton didn’t work. It was a 50-50 shot. That doesn’t mean they are headed for dark days. They just won’t be playing in January.

Boy would a winless season do wonders for them.

The fact that they are in this position doesn’t shock me. We all saw it coming sooner rather than later.

Will they clean house like they should have done last offseason?

If there was any doubt about QB Joe Burrow that’s all gone now. The question is can they surround him with a stout offensive line?

It’s been hit or miss with QB Drew Lock. I think he can be good, but the talent they’ve surrounded him with hasn’t performed up to expectations.

I feel bad for QB Justin Herbert. Knowing that he has to watch them lose games the way they are and have been doing for many years.