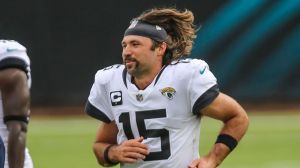 Normally after the first week of games I’m looking at what the contenders did or didn’t do for their first game. This year is a little different in that there were two upsets that I have to highlight. END_OF_DOCUMENT_TOKEN_TO_BE_REPLACED

They certainly have the most upside at numerous positions, but will it translate into good things in October?

Their GM and Manager have both been fired from the sign stealing investigation. Can Dusty Baker keep them as contenders?

Bringing in Joe Maddon was the smart move and signing Anthony Rendon was nice, but their pitching staff is still suspect.

With the opening of a new ballpark who will be the player that takes this team to the next level?

The direction is pretty straight forward, but when will they finally say it’s time to become contenders?

Not to shy away from many of their outcomes this season, the 49ers decided to have another nail biter against the Seattle Seahawks to end the 2019 season. END_OF_DOCUMENT_TOKEN_TO_BE_REPLACED

There’s No Denying It

While I won’t go as far to say that it was a must win game for the Houston Texans, it certainly was an important one with potential playoff implications down the road. END_OF_DOCUMENT_TOKEN_TO_BE_REPLACED