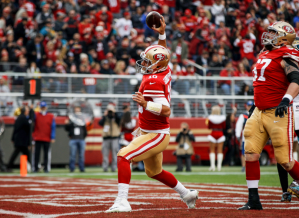 If any team nowadays would only have to give up a second round pick to get their potential franchise quarterback, most would jump at the chance. That’s what the San Francisco 49ers did a few weeks ago when they traded away their second round pick to the New England Patriots for their backup QB Jimmy Garoppolo. Since the 49ers traded away Alex Smith to the Kansas City Chiefs and invested heavily in Colin Kaepernick, they have been struggling to find a franchise quarterback. The early returns on this investment have been fantastic. Four starts and four victories. Not to mention he has thrown for 1,250 yards without an elite receiving corps. It could be premature to think he is the answer, but just the fact that he doesn’t have a great group of players to throw the ball to and yet they’re winning games is truly remarkable. 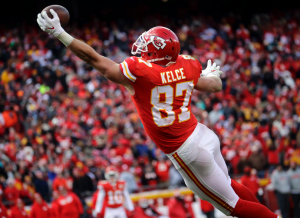 It was a bit of a roller coaster ride for the Kansas City Chiefs this year, but they finally cashed in with the AFC West title by defeating the Miami Dolphins. The most puzzling thing about them was they completely stopped giving the ball to rookie running back Kareem Hunt who was a big reason for their fantastic start to the season. Now they remembered that he is there behind QB Alex Smith and the results have been victories. If the Chiefs want to make any noise in the playoffs, they’ll have to keep giving Hunt the ball and let the chips fall where they may. Go with what got you there. 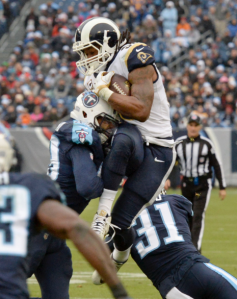 I still have Steelers RB Le’Veon Bell as the best all-around running back in the NFL, but I am a huge fan of Rams RB Todd Gurley. He has exceeded all expectations of when they took him 10th overall two years ago. Watching him play at the University of Georgia, I knew he would be a special talent and the Rams are reaping in the rewards. All the credit goes to their second year quarterback Jared Goff as well for his quick turnaround from a rough rookie year. He would probably be the first to tell you that a big reason for the turnaround has been the play of Gurley lining up behind him. The Rams are a force to watch come January.