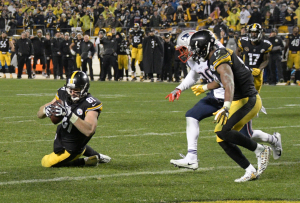 This Is Why The NFL Has A Problem

If you watched the end of the Patriots – Steelers game, you probably are a bit miffed at the NFL once again. What the hell is the definition of a catch? For the love of Pete, someone answer that question honestly for a change. Anthem protests aren’t the main problem with football fans. It is a nice distraction from what the problem really is. The product on the field and the stupidity of the rulebook. These kinds of issues will rear their ugly head come January and for the Super Bowl as well. This game is becoming a bore and common sense is being looked at in the rear view mirror. 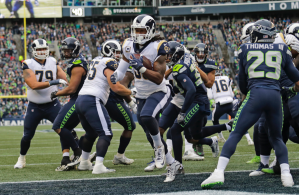 You Don’t Want To Play Them

Now if the Seattle Seahawks had a completely healthy defense, maybe it would have been a closer game. Either way, they should have known that their ’12th man’ wasn’t going to help them stop the Rams, specifically RB Todd Gurley. He single handedly showed why he is considered one of the best all-around backs in the league. One shocking note about that game was how often he was open out of the backfield as well. Did the Seahawks not pay attention to the scouting report that he can catch out of the backfield? This blowout victory puts the Rams in position to clinch the NFC West and host a playoff game at the Coliseum. Quite the turn around for a team considered one of the worst in football a year ago. 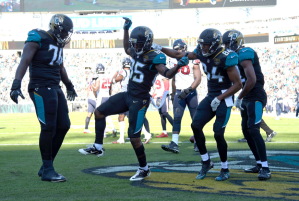 Speaking of turnarounds, the Jacksonville Jaguars are back in the playoffs after a 10-year absence. It shouldn’t surprise anyone considering their defense was making strides last year. This year of course they’ve taken it to another level. On offense, even without their best receiver in Allen Robinson, QB Blake Bortles has played very well and has the offense keeping their defense fresh at key moments in games. With them possibly hosting a playoff game, assuming they win it, they will be a matchup nightmare on the road. No one in the AFC wants to play them in January.