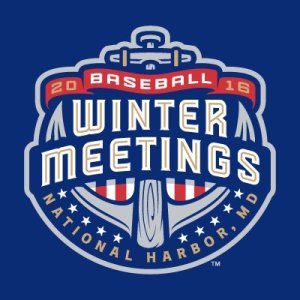 Thankfully with a newly agreed upon CBA (Collective Bargaining Agreement) in place before the annual MLB Winter Meetings took place. We all anticipated an active four days in baseball’s offseason. It didn’t disappoint what with the trade of a perennial All-Star pitcher, record breaking contracts for closers and one team coming away with a smorgasbord of top tier prospects. Oh, this was indeed an eventful get together.

He Was Finally Dealt

We all figured the timing was right for the Chicago White Sox to deal their prized left hander and they did by dealing Chris Sale to the Boston Red Sox. Momentum was building that he would be dealt to the Washington Nationals, but Boston’s President of Baseball Operations, Dave Dombrowski swooped in. He was armed with four top tier prospects. One of which was INF Yoan Moncada, whom Boston signed out of Cuba a few years ago. Most are starting to crown the Red Sox the AL East division champs right now and some are considering them World Series favorites. It looks good on paper with a separate trade to acquire P Tyler Thornburg from Milwaukee and sign 1B Mitch Moreland from Texas.

Closers Were A Hot Commodity

They are a very important part of a teams success in October. It wasn’t surprising at all that this would be the year that they would be paid like starting pitchers. First it was Mark Melancon going to the San Francisco Giants for $62 million. Then the New York Yankees brought back Aroldis Chapman for $86 million. Kenley Jansen didn’t sign yet, but you can bet that he will get close to Chapman money for the performance he did for the Dodgers last October. The Chicago Cubs trading for Kansas City Royals closer Wade Davis was an underrated move and only giving up OF Jorge Soler helps both clubs in the short and long term.

To go back to the Chicago White Sox, besides the four prospects they got for Chris Sale. They also received three more for their CF Adam Eaton from the Washington Nationals. One of them is seen as the replacement for Sale in Lucas Giolito. The big right hander is considered the best pitching prospect in baseball and has looked good every stretch of the way in the minors for the Nationals. One would think that the White Sox won’t be done trading anytime soon, but for now everyone sees that it’s okay to trade some centerpieces when you know that what you currently have in place isn’t working.

Some Chose To Remain Silent

Usually you would say that the team with the biggest payroll in baseball will be active during the Winter Meetings. That wasn’t the case with the Los Angeles Dodgers. They didn’t re-sign Jansen or their 3B Justin Turner. They’re probably waiting for the price to go down on Turner, but they also didn’t go after a right handed bat and there were some available. Namely the Pirates CF Andrew McCutchen and the Brewers LF Ryan Braun. Those two didn’t get traded at all, but one would assume that the Dodgers will explore that possibility again down the road. It was just a bit surprising that coming into the meetings they only re-signed P Rich Hill to a 3-year deal.

You could say it was the Chris Sale trade, but not for me. The way Dombrowski operates that was a perfect scenario for him. Not shocking at all. For me it was the Colorado Rockies signing INF/OF Ian Desmond to a 5-year deal at $70 million. The money is less than what he would have gotten had he stayed with Washington a few years ago when they offered him a 7-year deal for over $100 million, but this move works for both parties involved. Colorado has a guy that can play all over the field and won’t complain about it. They’ll most likely trade one of their outfield bats before the season, but if they don’t having Desmond in that lineup makes them even better. On paper the Rockies have a sneaky good team with an offense that can match anyones. Their only achilles heel is their pitching which has shown improvement, but not enough to be contenders in the NL West.