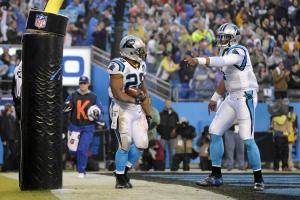 The Wheels Keep On Turning

They had to win to stay alive and actually clinch a playoff spot. Carolina didn’t seem to miss a beat with their Wild Card win over the Arizona Cardinals. Things have certainly gone in the opposite direction for Arizona after owning the best record in the NFL for most of the season to just clinching one of the last playoff spots at the end of the year. They were horrible and the Panthers didn’t miss the opportunity. Now the question remains if they can continue this momentum with a very inconsistent offense that at times can’t stay on point. It starts at quarterback with Cam Newton, but they have looked really good running the ball lately. They’ll need to keep doing that to setup the pass for the rest of their run which will continue in Seattle next week. 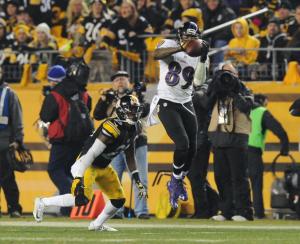 One Injury Was The Difference

Unfortunately for the Steelers they didn’t have Le’Veon Bell to bail them out for this game. He not only was their best runner, but did an amazing job in the passing game. Not just being the safety net for Ben Roethlisberger on check downs, but also in pass blocking. It showed as Pittsburgh was unable to have a consistent passing game with the amount of pressure being put on Big Ben the entire game. Baltimore didn’t play a perfect game on offense, but did enough to get past their division rival. The Ravens have done a good job running the ball this year without a name sake at the position. Justin Forsett did have one costly fumble, but he will still be counted on to continue his stellar season for them. If the Ravens get past New England they might have to be considered serous contenders for the Super Bowl this year. 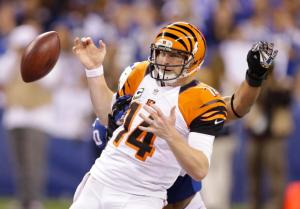 No Help To Speak Of

I’m not sure what was worse; not having A.J. Green or having an abysmal offensive gameplan? It looked as though the Bengals didn’t know they wouldn’t be having A.J. for this game. They knew a few days in advance and they were out of whack for most of the game. Granted the Bengals did try to establish the run against the Colts, but with Andrew Luck on the other side the Bengals didn’t do themselves any favors on defense. Indy wasn’t going to roll over at any point and they didn’t disappoint even though their finish to the season was not ideal. It’s no easy task for them to have to go to Denver and defeat the Broncos, but if there is one team that could do it, it’s the Colts. The big key is to keep the ball away from Peyton Manning and they will have Broncos fans biting their teeth in the stands. 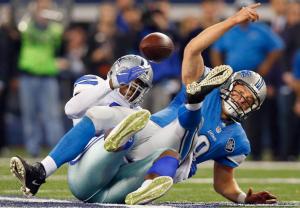 A Tale Of Two Halves

It sure looked as though the Detroit Lions would put away the Dallas Cowboys. All those expectations would evaporate for Dallas and they would only exceed for Detroit. Well, as fate or the referees depending on who you ask would have it, Dallas came back and put away the Lions. It wasn’t easy since Dallas was down by 17 points. Detroit helped along the way with 3 turnovers. The Cowboys certainly could have lost the game if it had not been for the apparent call/no call late in the fourth quarter. That was obvious to everyone that there should have been a call for interference of some kind on Dallas, but as with these kinds of incidents there was no guarantee that the Lions would have scored on that drive. It sucks, it’s not right and so on and so forth. It was a great game with a horrible non-call hanging over it that could continue to haunt these playoffs if the Cowboys continue to win.