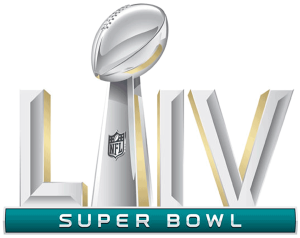 The matchup in this years Super Bowl features two teams that haven’t won the Lombardi trophy in quite some time. The Kansas City Chiefs haven’t won a Super Bowl in 50 years. Not since Super Bowl IV and the famed “65 Toss Power Trap” play call of their Hall of Fame coach then Hank Stram. The San Francisco 49ers haven’t won a Super Bowl in 25 years. That was in Super Bowl XXIX, which also happened to be in Miami, where Steve Young threw for a record 6 touchdown passes. Both of them in the 2019 season have been among the most consistent teams. The Chiefs will be looking to win their second title, while the 49ers will be looking to win their sixth.

We all know what happened in Super Bowl 51. The Falcons stopped running the ball in the second half and were doomed as they saw a 28-3 lead disappear. Kyle Shanahan was the offensive coordinator for the Falcons. That was his last game coaching for Atlanta as he was heading to San Francisco to be their new head coach. While it has been a rough patch in his first two years, the team has turned a corner in his third and become one of the most dominating teams in the league. They are essentially a run first team, but having a healthy quarterback in Jimmy Garoppolo has done wonders for them. If he hadn’t torn his ACL last season, the 49ers might have surprised us then too. As for this year they have a lot of talented receivers, including George Kittle at tight end and mid-season acquisition Emmanuel Sanders who has won a Super Bowl with the Denver Broncos. Their defense has been superb and will be put to the test against a high powered offense. You won’t see a repeat of Super Bowl 51 from Shanahan this time around if they are to succeed.

It has been a rough ride during Andy Reid’s tenure in Kansas City. In the 7 seasons as the head coach they’ve made the playoffs 6 times and have only made it to the Conference Championship twice. That happening last year and now this season. It took him six seasons to get to a Super Bowl in Philadelphia, but that was a stretch where they played in four consecutive Conference Championship games only to get to the Super Bowl on the fourth try. There is a chance at redemption here for Reid. His clock management came into question in Super Bowl 39 which saw the Eagles lose 24-21 to New England. While at times the clock has become an issue in Kansas City, the bigger problem has been with their defense during his tenure. Hiring Steve Spagnuolo before the season was a smart move as they played their best down the stretch in getting to the Super Bowl. We know that the Chiefs will score enough points, but can the defense keep the opponent out of the endzone?

On paper it’s a rather simple gameplan; keep the Chiefs defense on the field as much as possible. For Kyle Shanahan and his coaching staff, they’ll have to continue to effectively run the ball and move the chains to keep their defense fresh for the eventual onslaught the Chiefs will bring. Raheem Mostert will be front and center in this game after his 200-yard and 4 touchdown performance in the NFC Championship game. Tevin Coleman will see plenty of looks as well in a backfield that has three rotating parts with Matt Breida as the burner. QB Jimmy Garoppolo not only has George Kittle and Emmanuel Sanders, but a rookie in Deebo Samuel who has emerged as a legitimate third down threat who punishes defensive backs in route to a first down after the catch. For me and the Niners it will fall to their defense. Nick Bosa, DeForrest Buckner, Dee Ford and Arik Armstead all are prolific pass rushers and will be responsible for containing Chiefs QB Patrick Mahomes. CB Richard Sherman and the secondary have a tough task in covering the Chiefs elusive receiving corps. Can linebackers Kwon Alexander and Fred Warner keep a spy on Mahomes and cover TE Travis Kelce at the same time?

While the Chiefs do run the ball effectively at times. Damien Williams will find it difficult to find holes after what the 49ers did to the Vikings and Packers leading rushers in the NFC playoffs. Rarely does Patrick Mahomes get shutdown for an entire game. The reason being is that he has too many options at his disposal. If Kelce is being double teamed, he finds Tyreek Hill. If Hill is being taken away down the field, Mahomes finds Sammy Watkins. And if Watkins and Hill aren’t their usual selves, there’s Kelce open down the middle. There are a lot of moving parts on the Chiefs offense and they do a pretty good job of keeping defenses guessing. Just like with the 49ers defense, all eyes will be on Kansas City’s. The big acquisition of the offseason, Frank Clark will have to provide constant pressure on the Niners offense. He’s done it before in Seattle. Tyrann Mathieu was the best offseason acquisition by far with his stellar play in the secondary. He’s been covering tight ends, running backs, receivers and still being responsible for the middle of the field as the free safety. If Mathieu can continue to disrupt the opponents passing game that could be the difference for the Chiefs.

Key of the Game

All of the talk will be about whose defense will stop the others offense and rightfully so in this matchup. Pick any player on either teams defense and those will be the ones to watch. The key though will be which teams receiving unit outplays the others. Will it be George Kittle, Deebo Samuel, Emmanuel Sanders or even Kendrick Bourne for the 49ers? Will it be Travis Kelce, Tyreek Hill, Sammy Watkins or even Mecole Hardman for the Chiefs. There is potential for a lot of big plays in this matchup. And the receivers for both teams have been accustomed to making many big plays all year long.

At the beginning of the season I predicted the Kansas City Chiefs would be playing the New Orleans Saints in the Super Bowl. I had the Saints winning, but alas the Chiefs are here regardless. I would be tempted to have the Chiefs win since they did get here and still have a prolific offense and an improved defense. But full disclosure I am a 49ers fan in the end. This will be an amazing game to watch in that you have a high powered offense going up against one of the best defenses this season. The Niners offense isn’t to shabby either with a consistent rushing attack and a quarterback in Garoppolo who almost threw for 4,000 yards and had 27 touchdown passes to 13 interceptions. Winning this game will prove any remaining doubters wrong and with that the 49ers will win their sixth championship 33-27.