They know it was an embarrassing performance in the Super Bowl, but there’s no denying they could easily get back there again this year.

The time has come for their new look defense to establish a new identity and let QB Russell Wilson continue his masterful work.

This team has to finish 8-8 or better to justify all the moves they’ve made in the last three seasons.

Count the Cardinals as the newest team to invest heavily in the spread offense that is taking the league by storm. 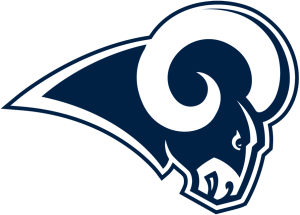 This isn’t to say there are any holes here, but if you only score 3 points in a Super Bowl the previous year this is a crucial year. How will the Rams respond? They certainly need to make sure Todd Gurley is healthy for any chance to get back and not having Cooper Kupp for that game was bigger than most thought at the time. The o-line looks a bit different, but this unit should be a top-5 offense again.

This unit looks quite different from years past. The secondary isn’t what it used to be and while Bobby Wagner and K.J. Wright are still roaming the middle of the field, it was nice to have a guy like Earl Thomas behind you. The strength of this unit will be in its pass rush with the acquisitions of Ziggy Ansah and Jadeveon Clowney rushing from either side along with first round pick L.J. Collier.

Patience is beginning to grow thin in the bay area. Obviously with QB Jimmy Garoppolo being healthy will go a long way in determining their success. RB Matt Breida and TE George Kittle were two breakout players on offense and that should continue this season. On defense they’ll need to be more productive in causing turnovers as they were dead last in interceptions last year with only 2. That should increase with the additions of Dee Ford and Nick Bosa on the defensive front and Kwon Alexander roaming the field in coverage.

The front office essentially admitted they made a mistake and fired the previous head coach Steve Wilks after only one season. They went all in on an unproven NFL coach in Kliff Kingsbury who has only coached at the college level. By proving they went all in with Kingsbury they drafted another quarterback in the first round in Kyler Murray while they drafted one last year in Josh Rosen now in Miami. Murray comes with a lot of praise and that’s also by his new head coach who recruited him. This will be an interesting tandem to watch as the spread offense becomes a mainstay in the NFL.