These Boys Are Here To Stay

“There’s far too much talent on this team for them not to win the division.” I wrote that back on September 5th of this year. That still sums up this team at this moment in the season. They are currently 7-1 and are ahead in their division by two games. They’re also atop the standings in the entire conference. They’re doing all of this without their franchise quarterback in Tony Romo. Dak Prescott has been amazing to watch and with Ezekiel Elliott running the way he is, this team could make a strong case for the Super Bowl. Oh and Dez Bryant has been banged up all year too. Everything should have gone against them, but fate so far is on their side. 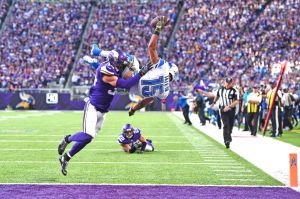 They Always Make It Interesting

With the way the Detroit Lions have played this year, they should be atop the NFC North, but alas that isn’t the case. After watching them come back and beat their division rivals the Minnesota Vikings in overtime, it struck me that their future isn’t so bleak after all. With Calvin Johnson’s retirement, it seemed as though the life had been sucked out of them. That isn’t the case with Matthew Stafford still playing at an elite level at quarterback. He has plenty of targets to throw to and with Theo Riddick being the default running back this year, he doubles as a receiver out of the backfield. Give them a decent defense and you could have a team that sneaks in as a Wild Card. 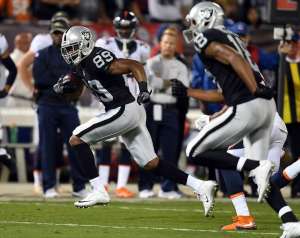 Raider Nation Has Come Out Of Hiding

The Sunday night game proved to the rest of the football world that the Oakland Raiders have returned. They pretty easily dispatched the defending Super Bowl champion Denver Broncos at home. Their offense didn’t have the best performance, but it showed that they didn’t have to since the defense did their part almost the entire night. Derek Carr didn’t have to throw for 500 yards since Latavius Murray ran for three touchdowns. Denver’s defense was exposed against the power running game and didn’t recover. The AFC West has three teams going for the division crown. San Diego is playing better too. This could be an interesting race to watch.