They weren’t Super Bowl contenders last year and that could be in large part due to the injury to WR Jordy Nelson.

The defense is right where it needs to be. They made some offensive upgrades that will keep them in contention with Green Bay.

2015 was a solid year for Jay Cutler and the Bears defense. Lets see if they can repeat that.

They will realize pretty quickly that not having Calvin Johnson will hurt more than they’re letting on. 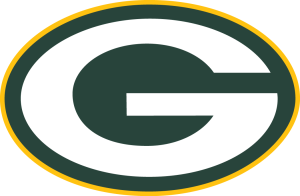 When Jordy Nelson went down last year with a torn ACL, it kind of sucked the life out of this unit. Randall Cobb was good, but he wasn’t the same without the likes of Nelson taking pressure away down the field. Aaron Rodgers didn’t look right at times without that reliable target. This will be a completely different unit with him running down the sidelines.

Even with Adrian Peterson rushing for almost 1,500 yards last season, the offensive line was not an elite group. Adding Alex Boone and Andre Smith helps change that theme and brings the possibility that Peterson will rush for over 1,500 yards this season.

Even though it’s only his second season, this will be a big one for last years first round pick Kevin White. Injuries sidelined him all year and he will be counted on to step up and take pressure off his teammate Alshon Jeffery. Without TE Martellus Bennett, White is looked on as the next best target.

Having Marvin Jones and Anquan Boldin are good options, but no one is a sure fire replacement for Calvin Johnson. Golden Tate is now the number one receiver, but isn’t a down field threat like Johnson was. That’s where Jones comes in to hopefully live up to those sudden bursts he had in Cincinnati.