Easily a favorite to represent the NFC in the Super Bowl with their depth and of course Aaron Rodgers at QB.

Losing one defensive lineman doesn’t mean you lose more games, but in this case it does.

Rest assured Bears fans, this will be Jay Cutler’s last season in Chicago.

This unit wasn’t the best agains the run last year, but they more than made up for it with their pressure on the quarterback. Their nose tackle Letroy Guion had 3.5 sacks last year. This year needs to be different if the Packers want to get past the likes of the Seattle Seahawks and their rushing attack. B.J. Raji, Guion, Mike Daniels and Datone Jones all need to do better. 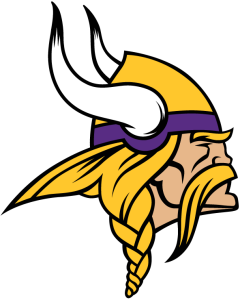 Teddy Bridgewater actually had a solid rookie year. His touchdown to interception ratio doesn’t show it (14-12), but his completion percentage (64.4) was solid. With an added target in Mike Wallace and the return of Adrian Peterson to the running game, expectations will exceed for Bridgewater who doesn’t seem to shy away from them.

If the Lions had traded for Haloti Ngata three or four years ago you would be hard pressed to find a better defensive line in the NFL. He would have been paired with Ndamukong Suh instead of replacing him. Alas, Ngata is still a force in the middle, but he can’t be expected to duplicate what Suh did. Overall it’s still a solid line, but more will be expected of Ziggy Ansah to provide a pass rush from the defensive end position.

It will be a culture shock to see the Bears running a 3-4 defense instead of their traditional 4-3. New head coach John Fox and coordinator Vic Fangio want a more attacking style that puts pressure from multiple fronts. How quickly the team picks up the new scheme will determine their place in the standings. Look for a lot of growing pains and more transactions as the season rolls on.