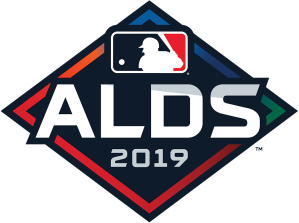 This is the classic tale of ‘David vs. Goliath’. The Tampa Bay Rays have always had one of the lowest payrolls in baseball and yet they manage to compete for a spot in the Postseason. END_OF_DOCUMENT_TOKEN_TO_BE_REPLACED

The storied rivalry continues into October. This years ‘Bronx Bombers’ made a new record for home runs hit in a season by one team with 267. END_OF_DOCUMENT_TOKEN_TO_BE_REPLACED

It seems like its been a while since the Yankees have been in the Postseason, but its only been two years. They lost the Wild Card game in 2015, but came out victorious this year. END_OF_DOCUMENT_TOKEN_TO_BE_REPLACED

A pretty fitting matchup to have. If you thought the Cubs and Pirates had some fireworks in the Wild Card game, then you’ll love seeing these two go at it. Jake Arrieta was phenomenal against Pittsburgh. If the Cubs get him for two starts in this series they are almost guaranteed a win in each of them. Kyle Schwarber and Dexter Fowler provided enough offense against the Pirates, but if Anthony Rizzo, Kris Bryant and Starlin Castro get involved this is a very good Cubs team. Jon Lester certainly has the postseason pedigree and will be his usual self for the Cubs. If Chicago’s bullpen doesn’t disappoint they could have a chance at the Cardinals.

Yadier Molina will try to give it a go with a splint. It’s his glove hand so it will be interesting to see how it affects him, especially when he bats. The Cardinals boast one of the best pitching staffs in baseball. From start to finish they are tough to score runs on. Adding Adam Wainwright to the bullpen is just not fair. He’s done this before way back in 2006 as their closer for their eventual World Series title. Jason Heyward got hot at the end of the season and should continue that streak. If Matt Carpenter can be the solid table setter he has been for them it should be a pretty good advantage for the Cardinals to stifle the Cubs offense.

The Mets are back and have an excellent starting rotation. They can matchup against the Dodgers best and I know that sounds hard to believe, but the Mets are that good in the rotation. Jacob deGrom and Noah Syndergaard will have a tough task, but they have had many in their young careers. Matt Harvey being on an innings limit doesn’t matter when he has his stuff working for him. If the Mets get at least one game in Los Angeles, Harvey will be waiting for Game 3. The one problem could be the Mets offense. They hope that Yoenis Cespedes can continue his magic in the middle of their order since being acquired at the trade deadline. New York gets a lead going into the 7th inning it has been almost lights out this season. Closer Jeurys Familia has electric stuff that is damn near impossible to hit.

Zack Greinke and Clayton Kershaw have to be on point. They don’t have to pitch complete games for the Dodgers, but they can’t allow the Dodgers bullpen to bail them out. They have failed too many times this year trying to do that for the rotation. Only hope for the Dodgers is to get to the Mets starters before their hitters get to theirs. Eyes will be watching how Yasiel Puig returns and whether Carl Crawford and Jimmy Rollins can be on point with their postseason experience, but what really matters is their RBI machine in Adrian Gonzalez. If he can’t drive in runs or doesn’t get many opportunities then the Dodgers are sunk. 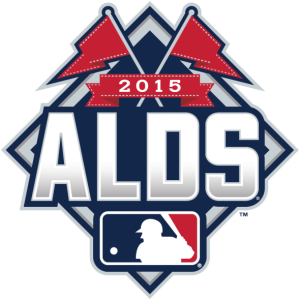 I am certainly happy that the Astros are in this position rather than the Yankees who put in a dreadful performance in the Wild Card game. Houston doesn’t get anything taken away from them and they showed they were the better team. Dallas Keuchel will get at least two starts if Houston forces a four or five game series. He was solid in the Wild Card game and didn’t get in any jams. Collin McHugh and Scott Kazmir will have a lot to do if they want to keep the Astros postseason run going. Jose Altuve was the spark plug against the Yankees and will do more of the same against the Royals.

Kansas City’s bullpen is still the best in the American League. Their rotation is without James Shields, but having Johnny Cueto isn’t a bad replacement. The one big difference is in the Royals lineup. They are still pretty much the same, but have a reliable RBI man in Kendrys Morales. With him and Ben Zobrist as the newest additions compared to last years lineup, they have many more options. Lorenzo Cain and Eric Hosmer got hot at the right time last year and they’ll need them to recapture that magic once again.

Just like the state of Texas in the summer time, the Rangers were on fire offensively down the stretch. Adrian Beltre was the RBI leader for the month of September. Both Beltre and Shin-Soo Choo were exactly what Texas needed to keep pace ahead of the Astros and Angels in the division. Prince Fielder kind of fell flat in the same stretch, but he is still a dangerous bat in the middle of the order. Getting Cole Hamels was actually a smart move for the Rangers. Pair him with Yovani Gallardo and you have a pretty good one-two punch against Toronto. Now if by chance the Rangers bullpen gets involved in this series it could be a short stint for Texas.

It’s been a long 22 years since Toronto has made it to the postseason. In 1993 they were walking off to a second consecutive World Series title. Since then they have had some good teams, but no postseason action for them. This year is setting up to be different with new faces that have postseason experience. David Price is the big one who has brought new life to the Blue Jays rotation. With him at the top that put less pressure on R.A. Dickey and Mark Buehrle to be the guy. The lineup was stacked to begin with and having Troy Tulowitzki for this next stage is going to be interesting. With MVP candidate Josh Donaldson surrounded by Jose Bautista and Edwin Encarnacion, this Blue Jays team will be hard pressed to score less than five runs in every game.