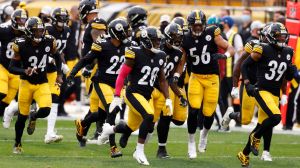 The Pittsburgh Steelers, Tennessee Titans and the Seattle Seahawks are all 5-0 to start the season. Mind you there are four other teams that only have one loss so far, but I’m going to focus on the undefeated ones at this time. The Steelers seem to be the most balanced in that their defense is playing at an elite level and they aren’t entirely relying on Ben Roethlisberger to win games for them. James Conner is doing a good job of establishing the run and it is helping to keep the defense fresh. Case in point with their absolute dominating performance against Cleveland this last week.  The Titans have that kind of balance that the Steelers have with a solid defense, but have the most dominant rushing attack with Derrick Henry leading the way. Ryan Tannehill is proving to be exactly what the Titans have been wanting out of their quarterback position for some time. Good news for us is that both Pittsburgh and Tennessee will play each other this weekend. As for the Seahawks they have the early MVP favorite in Russell Wilson throwing touchdowns left and right. The defense still has some glaring flaws, but as long as Wilson produces at this pace they will remain atop the NFC contender list. 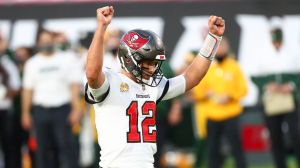 How’s The Sunshine State Treating You?

The more I look back on what was the NFL offseason, I realize that there was no better place for Tom Brady to go to. Sure, he could have stayed put or just retired. That’s not him though. Especially considering how this league has changed in just the last decade. Quarterbacks can play at least 20 years with the rules in place and as long as their health is in line. Tampa Bay had a unique roster and a quarterback friendly head coach already in place. The defense was on the right track to be a force and from what they showed against Packers QB Aaron Rodgers this last week proves it. I’d argue that the Buccaneers offense this year with Tom Brady has the best group of talent not seen since the New England Patriots undefeated regular season in 2007. There’s no reason to think they won’t be in the playoffs come January, but the way the trend is going they could be real players come playoff time. If New Orleans doesn’t wise up soon, they’ll be blinded by Tampa Bay’s dust.

Since the NFL/AFL merger in 1970, we’ve only seen a team with a losing record win their division twice. It happened in 2010 and 2014. The Seattle Seahawks and Carolina Panthers had a 7-9 and a 7-8-1 record respectively in those seasons. They both hosted a playoff game and they both won those games. We will likely see this again for 2020. And it’s all because of the incredibly awful NFC East. As it stands right now the Dallas Cowboys are 2-4 and are in first place. Every other team has only one win. The season is almost at the halfway point and already it looks like this. I can’t see this getting any better since Dallas lost Dak Prescott for the year, the Eagles have no identity and the Giants and Redskins are fighting for last place. Get ready for some amazing futility when Wild Card Weekend comes around.