The turnaround under GM John Lynch and head coach Kyle Shanahan has been masterful and is almost complete if they win a Super Bowl.

The defense has been completely revamped, but the offense has become more potent with QB Russell Wilson primed for a MVP season.

Cap constraints will comeback to haunt them soon, so now is the time to go all in for another Super Bowl run.

Trading for WR DeAndre Hopkins and seeing what they had to give up to get him has 30 other teams kicking themselves for not offering the same thing.

This is the strength of the 2nd ranked defense from last season. While only one player had at least 10 sacks (Arik Armstead), four of them had at least 6.5 or more. One of them was traded in the off-season. They will miss DeForest Buckner, but they had a replacement in mind for the draft and they took him with the pick they acquired. DT Javon Kinlaw won’t be expected to match what Buckner brought every week, but he will see favorable matchups. With the return of Armstead and having Nick Bosa and Dee Ford on the ends this group should match the production they had last year.

Even with the acquisition of S Jamal Adams from the Jets, there are many questions for this unit. With the departure of Jadeveon Clowney who will be that x-factor to put pressure on the opposing quarterback? Clowney was banged up for most of the year, but his impact was felt when he suited up. The linebacker group while still productive is getting up there in age. Drafting LB Jordyn Brooks in the first round was seen as preparing for that potential downfall in production. The secondary flipped a switch when they acquired S Quandre Diggs last season. Getting Adams before this season could do the same thing. 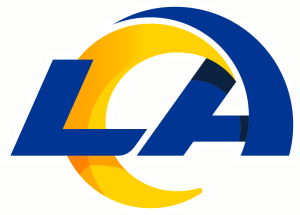 You might forget that a huge reason for the Rams success two seasons ago in which they played in a forgettable Super Bowl was because of the running game. Todd Gurley has never been the same since then and they said goodbye to him in the off-season. QB Jared Goff was not the same quarterback last year and a big reason was the running game never got going. With Gurley gone it will be up to a trio of Malcolm Brown, Darrell Henderson Jr. or rookie 2nd round pick Cam Akers to take charge. If this group can come close to what they did two years ago the Rams could be contenders at a time when the salary cap will kill any chance of remaining contenders in the future.

This isn’t to say that Kyler Murray had a bad rookie year. Far from it. He ran for over 500 yards and 4 touchdowns. He threw for over 3,700 yards and 20 touchdowns. But now the pressure is up a notch with the acquisition of WR DeAndre Hopkins from the Texans. He instantly puts the Cardinals in the playoff conversation because of his production on some terrible offense’s in years past in Houston. WR Larry Fitzgerald is still playing a high level and WR Christian Kirk will get plenty of one-on-one opportunities. The offensive line is improved from last year and Murray has the intangibles from his baseball playing days to avoid taking unnecessary hits/sacks.