The franchise has been known more for their defensive prowess, but they could be one of the best offensive teams in recent memory.

With a healthy Ben Roethlisberger and a perhaps the best defense they’ve had under Mike Tomlin, this could be a banner year for them.

Once again they’ve cleaned house in the front office and the coaching staff. The talent is still there, but will they fall on their faces again?

The arrival of rookie QB Joe Burrow could finally have them shake off the nickname ‘The Bungals’ once and for all.

The defense only accrued 37 sacks last year and that’s not good enough for a defense that prides itself on being an elite unit. They got better with the addition of LB Patrick Queen in the first round of the draft and trading for Calais Campbell is the equivalent of when they traded for WR Anquan Boldin in 2010 before eventually winning a Super Bowl in 2012. Campbell can be that for the Ravens and then some.

This unit has to be better. James Conner was bitten by the injury bug last year and never found a rhythm. With the addition of FB Derek Watt this will help keep the lane open for Conner to attack and the offensive lineman to get to the next level for the big play. If there’s a balanced offensive attack, Big Ben shouldn’t have to throw the ball over 40 times per game. 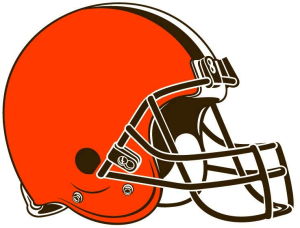 My biggest complaint about this team last year (and there were many) was with the offensive line. QB Baker Mayfield took two and sometimes three huge steps back last season and the line didn’t do him any favors. The crux of their issues were on the tackle spots. That was addressed in the offseason with Jack Conklin in free agency and drafting Jedrick Wills Jr. in the first round. Now there aren’t any excuses for Mayfield’s struggles. The talent is there and now he has to capitalize on that.

There weren’t a lot of positives for them last year, but they ended up with Joe Burrow to hopefully get them out of the cellar. The last time they drafted a quarterback with the number one overall pick was Carson Palmer and it did work out, but the playoff success didn’t materialize. Most rookie quarterbacks don’t have as much talent to work with like Burrow does and the offensive line should be better than it was last year. Especially with the return of Jonah Williams after missing his entire rookie year.