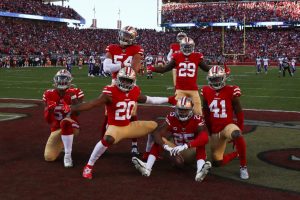 SANTA CLARA, CALIFORNIA – JANUARY 11: Richard Sherman #25 of the San Francisco 49ers celebrates with teammates after intercepting a pass by Kirk Cousins #8 of the Minnesota Vikings in the third quarter of the NFC Divisional Round Playoff game at Levi’s Stadium on January 11, 2020 in Santa Clara, California. (Photo by Ezra Shaw/Getty Images)

Defense Is Their Calling Card

There has been an ongoing theme with the San Francisco 49ers this season and that has been their dominant defense. It was on display against the Minnesota Vikings as they couldn’t get Dalvin Cook going at any point in the game and Kirk Cousins had no time to make any meaningful passes, especially in the second half. The Niners offense has been built on controlling the ball and making timely throws when needed. They did that extremely well which kept their defense fresh. It’s no secret what their recipe is success and it will be interesting to see if Green Bay can disrupt that next Sunday.

He did it again. Derrick Henry is proving once again that the Titans offense is literally running through him. Baltimore knew he was going to be the guy for Tennessee and they couldn’t even slow him down. The Titans had an early 14-0 lead thanks to Ryan Tannehill making two incredible throws that resulted in touchdowns. Henry even threw a touchdown pass at the goal line. Baltimore had a good regular season, but once again had their flaws exposed in a playoff game for the second straight season. 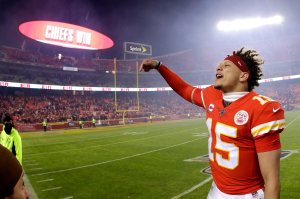 I Don’t Believe What I Just Saw

I’m going to remember how bad of a loss this was for Houston more than how amazing a performance this was for Kansas City. Houston was leading 24-0 with 10:54 left in the second quarter. The Chiefs proceeded to outscore the Texans 51-7 for the rest of the game. It seemed like a slow and methodical pace, but the Chiefs had the lead at halftime 28-24. Everything happened so fast, all I could think about was if Bill O’Brien wasn’t also in control of the front office as well, he would be looking for another job after this game. There was no fight in Houston. Especially after they attempted a fake punt in their own territory. The wheels came off after that. This also proved that the Chiefs have had a history of blowing a big lead in the playoffs, but don’t ever count them out until that final whistle. 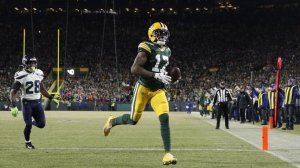 It Was One Sided In The End

The Seattle Seahawks always manage to stay in a game. Even when it seems like they have no business winning it, they are waiting for a moment to pounce. Green Bay was winning 21-3 at halftime. The Packers were clicking on both sides of the ball and I started to get that feeling that if Green Bay began to be complacent on offense, Seattle would get some life. Sure enough with a couple three and outs, the Seahawks made some noise and Green Bay’s lead was 28-23 with just over 9 minutes left in the game. Suddenly the Packers defense made some big stops and Aaron Rodgers made an amazing pass to Davante Adams to convert a huge first down. The game was in hand. Those three and outs will loom large for Green Bay if they have more of those in a rematch against the 49ers who destroyed them a few months ago during a Monday night affair.