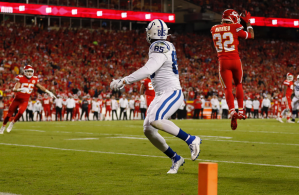 No Luck, No Problem

If the Indianapolis Colts still had Andrew Luck as their quarterback, I would have given them a chance to win this game against Kansas City. I’m not saying they would have won, but they would have a chance. I didn’t give them a chance to win, but I and many others were proven wrong. This isn’t me saying the Colts are a bad team. They are going about this the right way. Everyone is writing them off before the season began, but there are some bright spots on the roster. The offensive line is perhaps the best in the league and that helps Jacoby Brissett have plenty of time to find an open receiver. It also helps their running attack with Marlon Mack among the league leaders in rushing yards. Their defense still has a ways to go, but they provided plenty of pressure on Patrick Mahomes and the result was a victory on the road. This isn’t the most appealing recipe for success, but it’s working right now. 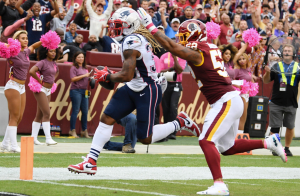 Hail To The Leaderless

Well, it happened again under the ownership of Daniel Snyder. The Washington Redskins fired head coach Jay Gruden after their fifth loss of the season this past Sunday. They will now be looking for their 7th head coach under Snyder’s regime. To think this was a franchise with a pretty storied history and yet it is going down hill in a hurry. They have only made the playoffs four times with Snyder at the helm and two of those occasions came when Joe Gibbs came back to coach them. This next hire has to work out or the fanbase I’m afraid will begin to jump ship if they haven’t already. The optimism can only last for so long when your free agent frenzies of years past continue to be duds and you have too many questionable draft selections. Luckily for them they won’t be alone in the cellar as the New York Giants don’t look too good either.

A Tale Of Two Teams

While watching the Monday night football game I realized that the Cleveland Browns did a huge favor for the San Francisco 49ers. That offensive line of Cleveland’s essentially had no answer for any of the Niners pass rushers as they hardly blitzed the entire night. I pointed out a couple weeks ago that the Browns needed to address that line in a hurry or this season would end up being a disaster. It’s quickly unraveling for them as Baker Mayfield isn’t being given the time to look for his receivers and at the same time he isn’t going through his reads like he was last season. Also for some reason they don’t want to involve Nick Chubb enough in the offense after his performance against Baltimore. Where as with the Niners (fyi, they’re my favorite team) their biggest weakness going into the season was their pass rush. It has become a strength after this performance. Both teams need to be in the playoff picture and only one looks like they’ll be there to the end.