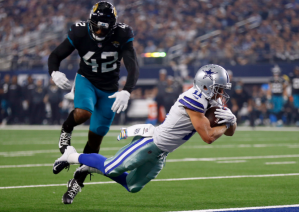 Their last two games have been blowout losses. It hasn’t been the kind of season most had expected from the Jaguars who were one quarter away from playing in their first Super Bowl in franchise history last season. However, we’re not at the halfway point yet. There’s still time to right this ship. With Leonard Fournette’s hamstring injury, they decided to acquire Carlos Hyde from the Cleveland Browns. That should bolster the lackluster running game and take a lot of the pressure off Blake Bortles. The defense has to play to their potential. If they don’t, it will be a long season for them.

Even though the Kansas City Chiefs lost their first game of the season to the New England Patriots last week, they made an admirable comeback to make it close. A large part of that came from Tyreek Hill who caught three touchdown passes and tallied 142 yards receiving. His speed is game changing and that more than makes up for his route running which is still improving, but is no where near elite status. The Patriots were just another team that can’t match up with him in either man or zone coverage. Cover-2 seems to be the best way to slow him down, but the Chiefs have too many options to simply focus on stopping one guy. 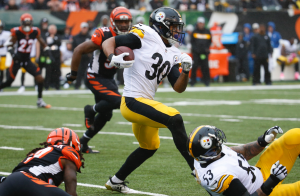 This isn’t to say that I’ve changed my opinion on Le’Veon Bell being the best running back in the NFL. He still is, but Todd Gurley is beginning to change that conversation. James Conner who has done a fantastic job of manning the running back position in Bell’s absence shouldn’t surprise anyone. I watched him towards the end of his tenure at the University of Pittsburgh. He was a solid runner between the tackles and was above average in the passing game. Being a third round pick was a steal then and it’s becoming even more of a steal now. The Steelers are still in contention because of Conner and that doesn’t bode well for Bell’s future in Pittsburgh.