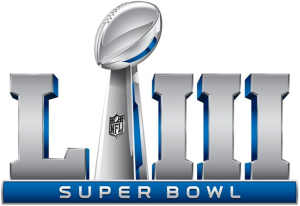 Last years disappointing showing in the Championship Round by both Minnesota and Jacksonville will be avenged this year as they both meet in Atlanta, Georgia for the Super Bowl.

Minnesota’s biggest change is at quarterback where they invested over $80 million dollars in Kirk Cousins to get them to this point. He has more to work with on offense and a better defense that will keep Cousins in attack mode.

The Jaguars have the same team essentially from last year and there’s no reason to think that their defense will be a huge reason why they make it to their first Super Bowl appearance.

Unfortunately for them, it will be a losing effort as the Vikings have too much balance on both offense and defense. Jacksonville won’t be able to run the ball effectively with Leonard Fournette being neutralized and all the focus will turn to Blake Bortles being able to win it through the air.

Rather than Kirk Cousins being the MVP, the honor falls to WR Adam Thielen who catches 10 passes for over 100 yards and a touchdown. A toe tapper in the corner of the endzone that ends up being the game winner.