If they weren’t in a stacked conference, they would be easy favorites to repeat.

Not having Dez Bryant and Jason Witten means they will lean heavily on Ezekiel Elliott.

In Eli they trust as the Giants selected RB Saquon Barkley with their first pick as opposed to a QB.

Replacing Kirk Cousins with Alex Smith isn’t a bad consolation prize. They just needed to do more this offseason. 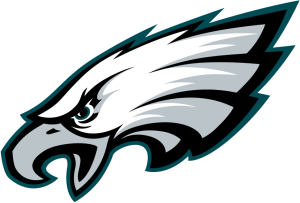 If there was area of weakness, it was the pass rush. Losing Vinny Curry in free agency wasn’t a bad thing since they traded for Michael Bennett. And signing Haloti Ngata will mean even more one on one matchups for the pass rushers. Consider this so-called problem solved.

It’s now more important than ever that this unit starts to become an elite core. DE Demarcus Lawrence lived up to his potential with 14.5 sacks. When LB Sean Lee is healthy he is among the best linebackers in the league. There needs to be a playmaker in the secondary. One has to emerge this season.

All the attention will be on QB Eli Manning, but the front office gave him lots of help. The defense saw a lot of departures, but acquired a potential leader in LB Alec Ogletree. They’re switching to a 3-4 defense and that means the established starters in DT Damon Harrison, S Landon Collins and CB Janoris Jenkins need to help shoulder the learning curve.

Alex Smith has almost always had success with a consistent rushing attack. The Redskins looked to have that solved this year when they drafted RB Derrius Guice out of LSU in the second round. Unfortunately he tore his ACL in the preseason. Now it’s either Rob Kelley, Samaje Perine or recently signed Adrian Peterson that need to step up. Chris Thompson is an excellent third down back, but he’s recovering from a season ending injury last year.