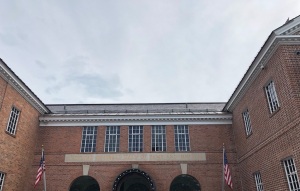 The building has three floors and doesn’t look like it holds so much baseball history when seeing it from the outside. Once you step inside, you realize pretty quickly that you’re going through a time portal into the many eras that the ‘American Pastime’ has to offer. 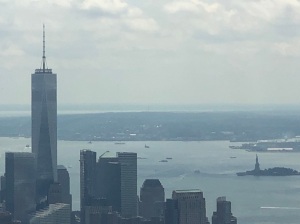 Before getting to Cooperstown, New York, me and my oldest brother decided to take in the sights of New York city before our tour group began its festivities. We walked from Times Square to the top of the Empire State building and back to the hotel near our departure. It certainly was quicker walking the trip, but to say it was exhausting would be an understatement. 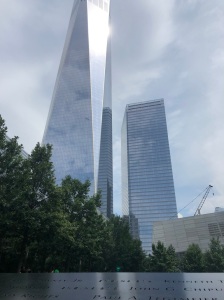 The next day was our guided tour of Manhattan. The highlight of the bus tour was visiting the 9/11 memorial site. Seeing the pictures and videos of the memorial is certainly an emotional site. Nothing compares to being there in person as the magnitude hits you as soon as you step foot on the grounds. Our guide said that it was okay to touch the plaques with the thousands of names etched in them. They were meant to be touched. I didn’t feel it was right, but paid my respects and said a silent prayer for those lost and their grieving families. 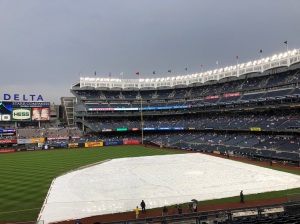 That night we were to attend a Yankees game, but unfortunately mother nature didn’t cooperate with the threat of lightning in the area. Thankfully we were able to walk around the ballpark before it was postponed. We went straight for Monument Park and I have to say, I didn’t realize the Yankees were so generous in awarding so many plaques to their players. Surprisingly Graig Nettles doesn’t have one. 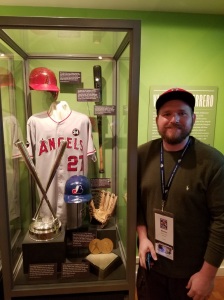 As I mentioned earlier, you don’t realize until you enter the MLB Hall of Fame that there are endless amounts of memorabilia. Items you remember seeing on tv or witnessing the moment in person. Thousands of others you only heard about, but never saw. It was a lot to take in, but we were able to see just about everything the Hall of Fame had to offer. One thing I love about Cooperstown is the town itself. It was described as a location that takes you back to baseball’s earliest beginnings, thru the dead ball era, right up to modern times. 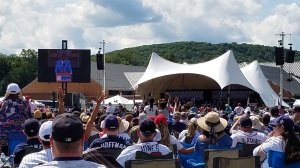 Over 55,000 people attended the Induction Ceremony. Fifty-one current Hall of Famers attended the ceremony to see six new members be inducted; Chipper Jones, Alan Trammell, Vladimir Guerrero, Trevor Hoffman, Jack Morris and Jim Thome. Every speech was poignant, funny and inspiring. This was a great event and it only strengthened my love for baseball even more. 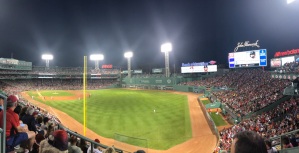 Our final day of the trip took us to Boston, Massachusetts. We had a tour of Fenway Park before taking part in a game later that night. Not to take anything away from Yankees Stadium, but the new one didn’t have that aura from the old one. I never stepped foot inside old Yankee Stadium, but when you walk into Fenway, you feel its history hitting you in the face. The matchup was a good one as the Philadelphia Phillies were in town. The game went into extra innings as the Red Sox won it in the 13th.

Going to New York and Boston has now been crossed off my bucket list. As is attending Yankee Stadium and Fenway Park. If you love baseball as much as I do, I highly recommend making a trip to Cooperstown. You don’t have to be there for the Hall of Fame Induction ceremony to appreciate all that it has to offer. I know I will be going back at least once, possibly a few more times in my life to partake in all its rich history.