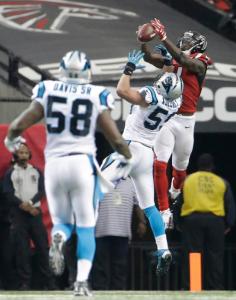 It was bound to end at some point this season. If Carolina had finished the season undefeated, they would have lost in the playoffs. How do I know that? I really don’t, but something told me that this team wasn’t going to do what the 2007 New England Patriots almost accomplished. And that’s being within three points of the perfect 19-0 season in the Super Bowl. This is good for Carolina though. Getting the loss out of the way now. There won’t be as much pressure now when you have a loss on your record. They still need to win the last game to get home field advantage. With that they would be in the drivers seat to a potential Super Bowl berth. The timing is right for them to make that goal a reality, but if they do end up losing in the playoffs at some point, it will be a rather disappointing run. 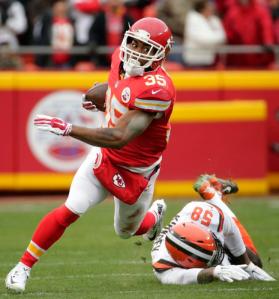 The Hottest Team In Football

The only other team to have a nine game winning streak right now is the Arizona Cardinals. The Kansas City Chiefs, however, have taken the league by storm. I had them dead to rights after blowing a two touchdown lead against the Denver Broncos at home earlier in the season. Now they’ve clinched a spot in the playoffs and could have a shot at the division title if Denver loses next week and the Chiefs win. I have no way of explaining it. Even after losing their best offensive player in Jamaal Charles to an ACL tear, they’ve managed to continue winning games. With this kind of a hot streak they could be potential favorites to make a Super Bowl run and how fitting would it be for Alex Smith to play in his former teams new stadium for a Super Bowl? Quite the story I’d imagine. 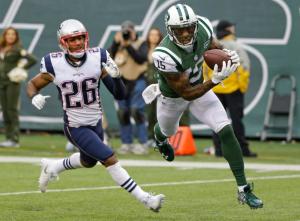 I don’t care who you are, but when the coin toss happens in overtime and you end up winning it, you don’t defer to the opponent. That’s exactly what New England did and that was their intention. The confusion from the Patriots side was that they thought you could decide where to kickoff from in overtime. Not the case under the rules, but you can do that for the opening kickoff of the game. This was one of those rare moments when Bill Belichick had a brain fart on the field. The only other time I could think of was when he went for it on 4th down and 2 to go against the Indianapolis Colts back when Peyton Manning was there. Belichick did that from his own 30-yard line and they didn’t convert. The result? A Colts victory. For this one against the New York Jets, they marched down the field and scored the game winning touchdown. Game over. Next time they should go against their popular plan of deferring and just take the damn ball next time in overtime.