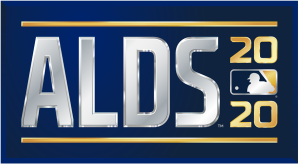 Just as expected the Rays pitching and some timely hitting led to their sweep of Toronto in the Wild Card series. Blake Snell and Tyler Glasnow combined for 17 strikeouts and only 3 walks in their starts. The bullpen only allowed on run combined in the two games. More of the same is expected if they are to beat the division rival Yankees in the 5-game series. Manuel Margot, Hunter Renfroe and Mike Zunino each hit a home run and combined for 9 RBI against Toronto. Randy Arozarena showed he is a spark plug for this lineup and could prove to be invaluable for them going forward.

New York’s lineup didn’t disappoint in their 2-game sweep of Cleveland. Gleyber Torres, Giancarlo Stanton, Brett Gardner and Gary Sanchez each drove in 3 runs. Gio Urshela hit a grand slam in Game 2. Aaron Judge was relatively quiet, but I wouldn’t expect that to last. DJ LeMahieu still batted .300 for the series and is the one constant for their lineup. Aside from Gerrit Cole’s Game 1 start the rotation has some questions going forward. For one Masahiro Tanaka cannot allow another 6 run start like he did in Game 2. The bullpen wasn’t great, but Aroldis Chapman and Chad Green held it together in their 3 -1/3 innings of work combined allowing no runs or walks with 7 strikeouts combined.

With everything said about the Houston Astros sign stealing scandal, this is the moment we’ve all wanted to see. Oakland getting a chance to oust Houston in the Postseason. The Athletics had some rough moments in the Wild Card series against Chicago dropping the first game, but rallying to win the next two. Closer Liam Hendriks did strikeout 8 batters and earned a save, but also allowed 2 runs in that series. Chris Bassitt was their best starting pitcher going 7 innings allowing only 1 run and striking out 5. That doesn’t exactly scream confidence, but Jake Diekman and J.B. Wendelken continued their regular season trend and were stellar in relief. Not having Matt Chapman is showing how important he is to the lineup. Sean Murphy was the only consistent batter while Matt Olson didn’t get a single hit in the Wild Card series.

If Houston had ended up losing the first game against Minnesota it wouldn’t have looked good for them. Yet, they rallied in that game late and finished it in Game 2. Carlos Correa had a .500 batting average in the two games and Michael Brantley had a clutch hit in Game 1. Kyle Tucker is looking like another stud while Jose Altuve, Alex Bregman and George Springer have been struggling. Houston’s pitching staff, while not overly dominant were responsible for their series win against Minnesota. They only allowed two runs total and Framber Valdez’s performance for 5 innings of relief in Game 1 showed how good he can be going forward. 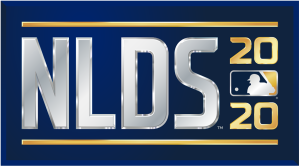 The Dodgers really didn’t get much of a test against Milwaukee, but from now on it won’t get any easier. Clayton Kershaw showed why he’s still an elite pitcher with his masterful performance in Game 2; 8 innings pitched with 13 strikeouts and only 3 hits allowed. The bullpen was stellar and Julio Urias held his own with 3 innings of relief in Game 1 striking out 5. Their lineup wasn’t overly impressive, but as long as Mookie Betts is playing at this kind of level they’ll be tough to contain. Chris Taylor should be getting more at bats after his performance in the Wild Card series.

They certainly earned the nickname ‘Slam Diego’ after what they did in the final two games against St. Louis. Fernando Tatis Jr. and Wil Myers combined for 4 home runs and 9 RBI in the series. Jake Cronenworth and Jurickson Profar have enhanced this lineup to be even more potent with them batting .625 and .572 respectively in the 3 games. If Mike Clevinger and Dinelson Lamet are not healthy for this series it won’t have a promising outcome. San Diego’s bullpen was very good for them in Games 2 and 3 of the Wild Card series, but the rotation as it stands might be in for a rough ride without those two available.

Perhaps the most dominant performance of the Wild Card round came from Atlanta. It took 13 innings for them to defeat Cincinnati in Game 1, but a late surge in Game 2 put it away for good and their pitching staff was to thank for a lot of it. Ian Anderson and Max Fried combined for 14 strikeouts and only 2 walks in their starts. The bullpen was even better allowing only 5 hits combined in the two games against the Reds. Ronald Acuna showed why he is among the best hitters in baseball batting .364 with 2 doubles. Freddie Freeman drove in the game winning run in Game 1 of the Wild Card series. Marcell Ozuna and Adam Duvall both hit two-run home runs late in Game 2 to clinch the series. The lineup will need to be more consistent going forward.

The surprise of the Postseason so far has been in Miami. They easily eliminated the Cubs with a series sweep. Jesus Aguilar and Garrett Cooper had a few big moments with a home run apiece. If Starling Marte can return soon from a hand injury in Game 1 against Chicago he will be a big boost to their lineup in the Division Series. Just like Tampa Bay has been doing in the American League, Miami is building a formidable pitching staff in the National League. Sandy Alcantara and Sixto Sanchez were spectacular in their starts against Chicago. The bullpen was even better allowing only 2 hits in their 6-1/3 innings of work during the two games.