This was a very interesting year for baseball. It certainly was another exciting year of action and suspense, but not if you were expecting certain teams to not be in contention. Three of my five National League teams are in with the exception of the San Francisco Giants and the Washington Nationals. I struck out so to speak on the entire American League field. Not a good year for me, but I’m willing to admit that I was wrong. Especially on my World Series prediction of Boston vs. Washington. Take that in for a moment. With that said lets see how this years Wild Card games will matchup.

The youngest team in baseball the last 4-5 seasons has made it back to the postseason. Houston had a very sluggish July and August, but they sure didn’t lay down in September winning six of their last eight games of the season. The Astros will put their Cy Young candidate Dallas Keuchel on three days rest against the Yankees. He won’t be the lone player to watch on this team. Seldom talked about 2B Jose Altuve is their spark plug. Carlos Correa and George Springer are the two up and coming superstars that aren’t shying away from the spotlight.

New York looked sluggish down the stretch and maybe it was because of their pursuit of Toronto for the AL East title. Jacoby Ellsbury, Carlos Beltran, Brett Gardner and even Alex Rodriguez were a huge part of their postseason berth this year. The pitching was up and down all season long. The lone bright spot was Dellin Betances, but the Yankees will have to get to him for another shot at a World Series title. Masahiro Tanaka will get the start and he’ll need to show his worth in Yankee pinstripes. 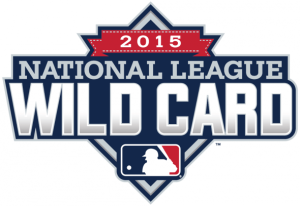 I expected the Cubs to be in the postseason next year. This year was a bit of a surprise, but all of this young talent is blossoming at the right time. Anthony Rizzo, Kris Bryant and Starlin Castro, who has been hot of late, have the Cubs lineup clicking. Another secret weapon is Kyle Schwarber who can change the game with one swing. It hasn’t all been about the lineup. Jake Arrieta is guaranteed to finish in the top two for the Cy Young voting this year after the season he has had. He’ll get the nod for the Wild Card game. The only issue is with the bullpen. Too many holes that haven’t been filled.

The Pirates boast one of the best pitching staffs in baseball. The only team that could compare to them in the National League is their division rival St. Louis. Pittsburgh’s ace Gerrit Cole will get to continue his All-Star season in the Wild Card game. Pittsburgh has been stuck in this spot the last two seasons. They hope that this season will be different. If the Pirates can get a lead with Andrew McCutchen and company their bullpen rarely gives it back. Mark Melancon has been lights out the last three seasons for the Pirates.